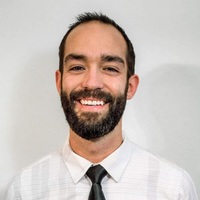 Norman is a computational climate scientist in the Scientific Computing Group at Oak Ridge National Laboratory (ORNL). He received his Ph.D. at North Carolina State University in Atmospheric Science under the U.S. Department of Energy’s Computational Science Graduate Fellowship (CSGF), and his adviser was Fredrich Semazzi. During his graduate studies, Norman spent eight months at the National Center for Atmospheric Research (NCAR) as an Advanced Study Program graduate visitor under Ramachandran Nair in the Institude for Mathematics Appliced to Geosciences (IMAGe). He also spent a summer at the NCAR Summer Internships in Parallel Computational Science (SIParCS). Directly after obtaining his Ph.D, he was hired as staff in the Oak Ridge Leadership Computing Facility (OLCF) to work on numerical algorithms and GPU programming for numerical climate models.

In the OLCF, Norman serves as a liaison for weather and climate model developers using OLCF resources. He has worked extensively with the Energy Exascale Earth System Model (E3SM) as a liaison for E3SM’s awards under the INCITE program and through funding from the DOE Exascale Computing Project. In his collaboration with E3SM, he has refactored the tracer transport code to use GPUs on the Titan supercomputer and has refactored the Cloud Resolving Model (CRM) code in the E3SM-Multi-scale Modeling Framework (MMF) code to use GPUs on the Summit supercomputer. Aside from refactoring codes to use GPUs, Norman has also performed research in developing new numerical algorithms for the Navier-Stokes equations underlying atmospheric and oceanic flow to simultaneously improve accuracy, robustness, and hardware utilization on modern, accelerated computing architectures. He also has collaborations with the Air Force through the OLCF and advises on GPU refactoring efforts in radiation, cloud modeling, and shallow-water flood modeling.